However, the performances of these UDA approaches are still far behind their fully-supervised counterparts. The main reason is that most previous works focus on increasing the training samples or comparing the similarity or dissimilarity between the source dataset and the target dataset but ignoring the similar natural characteristics existing in the training samples from the target domain. 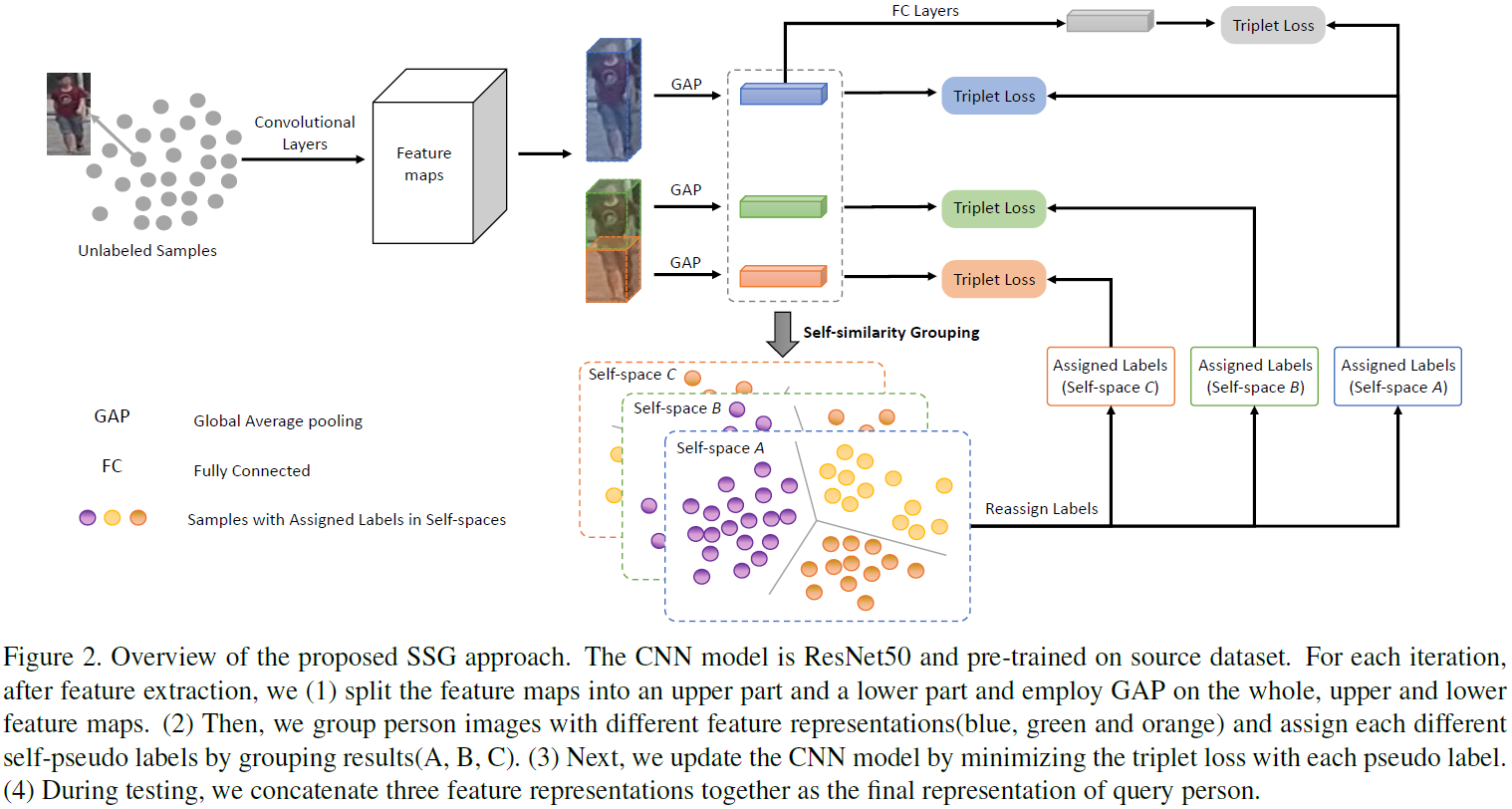 We compare the similarities between two persons not only by global information obtaining from the whole body but also by more fine and local information getting from upper and lower parts of a person, i.e., proposed SSG mines the potential similarity existing in target dataset automatically by different appearance cues (from global to local) in an unsupervised manner.

DBSCAN (Density Based Spatial Clustering of Applications with Noise) 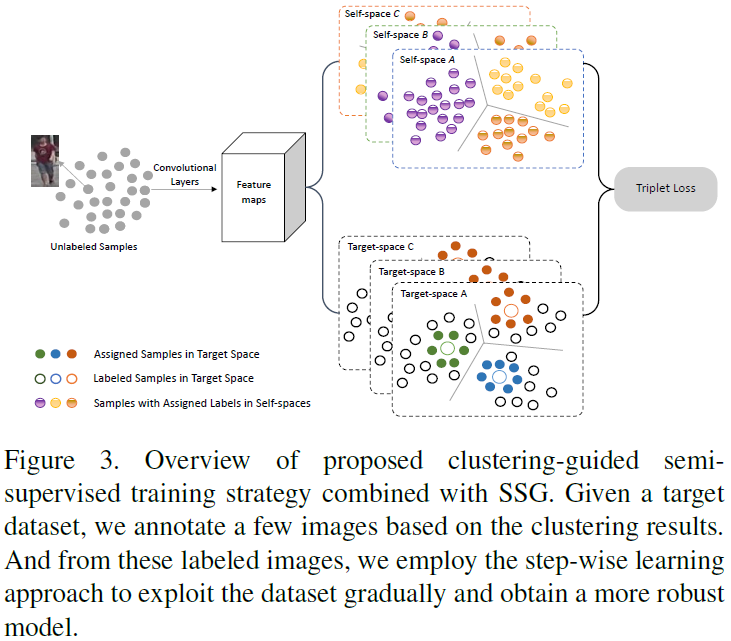