The final embedding of a training batch is regarded as a similarity graph.

where $\sigma$ is temperature hyper-parameter. 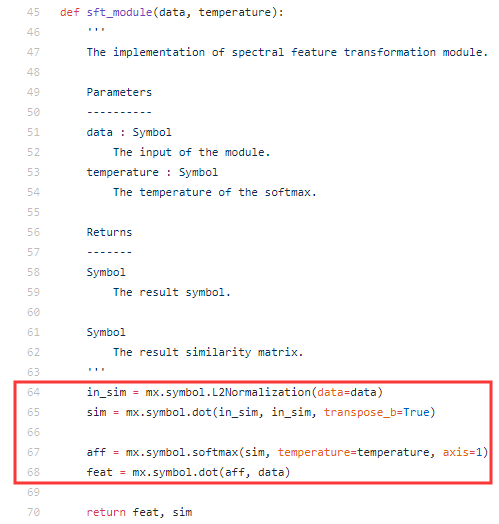 The extension is based on the assumption that there underlies a cluster structure in the neighborhood of the probe images. This is exactly the case when the feature extractor has been properly trained on the training data. As expressed in the mathematical formulation of spectral feature transformation, the embedding of each data point will be blurred by the others according to the similarities between them. Each data point will be moved towards the high-density area (i.e. cluster center) which has more short paths to it. This process is equivalent to conduct a clustering operation on local neighbors of the probe image. Therefore, it can make the cluster structure more compact and relieve the ambiguous issue in retrieval.

Compared with k-reciprocal re-ranking which is operated on the whole test set, the proposed re-ranking is much more efficient.